July 29th, 2016Be the first to comment!Diaries, FM16Tags: Domestic, Pre Season, Spain, Tenerife
Back in the big time but condemned to relegation by the pundits, a strong start will be needed if we’re to secure our place in the Spanish top flight amongst the likes of Barcelona, Real and Atletico Madrid.

It was an abrupt start to life in La Liga due to the club’s change of ownership at the end of last years promotion winning season. With our transfer window narrowed to just a few weeks it was a big challenge to improve the squad and further ingrain our new tactical outlook (the 4-2-3-1 counter pressing philosophy).

Youngster Jorge, a player of high potential, was given a fair amount of first team action last season and has established himself as a key figure in our defence. Not a day goes by without strong interest from Europe’s finest clubs but he hasn’t been unsettled, nor has he attempted to engineer a move away. The £10M buyout clause in his new long term contract will have to be met if any club wants to prize him away. The highest bid so far has been around the £3M mark, which doesn’t cut the mustard.

The tranfer embargo, coupled with a lack of funding from the new president, meant that the loan market had to be utilised for a second year running, though we did confirm the perminent signings of a few players and extended the contracts of some key players. 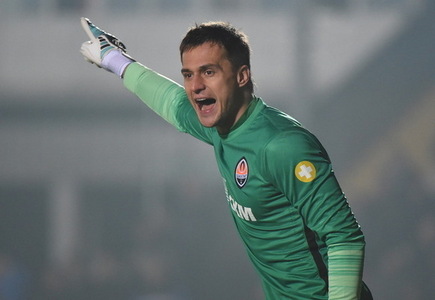 According to my coaching staff on-loan Ukranian keeper Kanibolotskiy is the key player in our squad, and with a very reasonable £1.8M buyout clause worked into the deal that could remain the case for years to come. A £700K future fee for Will Keane also looks to represents great value, as he leads the line and the goalscoring charts with 9 from just 8 starts.

These additions give us a healthy sized squad with decent options and cover for injuries and possible dips in form. The only outward transfers involved the release of a few fringe players, who’s contracts were up at the end of the season having failed to justify renewal talks.

We’ve had a really strong start in the league (far better than I’d expected) with the squad gelling well through pre-season and carrying that form into competitive matches. In our first fixture away to Real Sociadad however I cowered and neglected to use our new attacking philosophy, opting for the comfort of a 4-1-4-1 formation. We lost 2-1. Since then I’ve remained faithful to the 4-2-3-1 and the players have thrived, picking up wins against Valencia (2-0), Atletico Madrid (2-1) and Malaga (4-1) to name a few. It seems attack is the best form of defence in our case.

Only Real Madrid and Barcelona have outscored us after 10 league fixtures, though Atletico have a game in hand. The majority of our goals have been scored in the first half, either in the first 15 minutes or in most cases between 31-45 minutes, highlighting our ability to start games strongly and capitalise on that with a goal or two (Keane’s high finishing attribution coming in handy here). The timing of goals conceeded is fairly evenly spread, so other than improving the quality of our defence (as always) there aren’t any obvious lapses in concentration to address. We’ve won more games (6) than we’ve lost (2), a simple indication that our attacking style is working thus far.

Crosses and through balls have been the primary source for our converted chances. The use of an inside forward (usually Pereira or González) cutting in from the left has been fruitful with the left flank delivering the most assists. It’s also down that channel where the opposition have been having joy, with more assists against us from the oppositions right flank. I could probably sure that side up a bit with the use of a winger over an inside forward (to better support the full back) but attack is the priority for us, and since it’s creating opportunities I’d rather leave it be and accept that some chances will go the other way too. We are after all a team who aims to attack and entertain.

A few assists from inside the box is pleasing to see too, proving that the players are adopting the ‘work the ball into the box’ instruction to good effect. What type of goals are we scoring? Almost entirely placed shots from inside the box, just what the doctor ordered.

Promotion to La Liga gave our finances an expected boost and although we’re taking a monthly hit, our bank balance is looking healthy for the duration of the season (£11M overall). With wages kept tight (about £450,000 a month) and a stadium expansion unlikely until next season there’s little more we can do to boost the balance, other than sell players (which I’m not looking to do) or put together a decent cup run (which I’m hoping to do, but not at the expense of our league survival).

Staying in the league is the best way to secure our finances as we continually look to build.