February 18th, 2017Be the first to comment!Diaries, FM17Tags: Aris, Domestic, Greece
Season one ends on a high with Aris Thessaloniki crowned champions of the Football League (Greek National B Division), booking their place in Greece’s top football division; the Superleague. 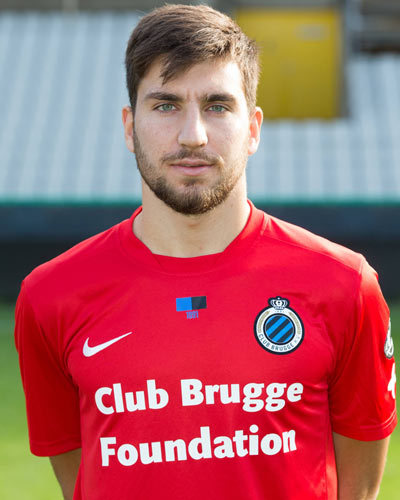 Sokratis Dioudis wins the Goalkeeper of the Year award

With very little challenge from our rivals we ended the season with a comfortable 13 points lead. Having managed to get halfway through the season undefeated we were beginning looking undefeatable. A less impressive second half of the season saw points dropped however, but good form overall ultimately landed us the title and in relaxed fashion.

A major feature of our success was undoubtedly loan-signing Mason Bennett, who now holds the Aris record for most goals in a season with 28. With Fans Player of the Season, Young Player of the Season, Talent of the Year, Player of the Year and Top Goalscorer, it was a very busy night for Bennett at the end of season awards ceremony. Our promising young goalkeeper, Sokratis Dioudis, had a season to remember too after claiming the Goalkeeper of the Year award by breaking our record for number of clean sheets in a season; a whopping 24 shutouts. A solid debut season for defender Borja, on loan from Barcelona, aided with our impressive defensive record too. My hopes are to re-sign him and Bennett for a second spell on loan to aid our cause in the Superleague.

A welcome £4.8M cash injection from the chairman sees our negative bank balance cleared for the first time since I took the helm. With this new investment I’ve taken the opportunity to increase our junior coaching budget and improve the training facilities, which are currently considered adequate. We’re still left with a positive bank balance of £1M to hopefully build upon.

Conceding only 19 goals we ended the campaign with a far superior goal difference. Our strikers didn’t disappoint either as we finished up as joint top scorers in the league too. It’ll be significantly tougher in the Superleague next season as we look to take on Greek giants Olympiacos and Panathinaikos. We’ll be aiming high though; targeting a top half finish to solidify our place in the division.