April 16th, 20161 commentDiaries, FM16Tags: Hibernian
Scottish football is often focused around Celtic and Rangers and rightly so, they’re the countries biggest clubs and once reunited in the Premiership, a synergy will be restored that’s been missing ever since Rangers were cast-off to the third division to start over in 2012. But there is another club who have faltered away in recent years, Hibernian, and wouldn’t it be something special if they too were back in the top division contesting with the Old Firm clubs and Aberdeen for honours.

Sure, it wont be long now until Rangers are back challenging Celtic, that’s inevitable, but is it enough for Scottish football to settle for that, what if there were others? Some would say that Aberdeen have been challenging the Hoops in Rangers’ absence, and I’d agree to some extent, but they haven’t really pushed and stretched Celtic to be the best they can be.

Historically Celtic were once a galactico of European football, competing against the best clubs in the world. It’s my view that in this spell (without a Rangers challenge) they haven’t faced stern enough competition and a genuine threat to the title, and so they, and Scottish football, have weakened as a whole. Celtic’s dismal attempts in Europe in recent years are evidence of that. So wouldn’t it be something special if there were more competition, more genuine challengers for the title?

That’s my aim here, I want to add some extra fight and competition to the Scottish Premiership. Taking on the Hibees (Hibernian) feels like the ideal stomping ground for me to begin that process. Starting a division down I’ll be able to develop my team and breed a winning mentality as we look to progress from the Scottish Championship, along with Rangers, and solidify a top flight position. My hope is that in the coming seasons Hibernian, Celtic, Aberdeen and Rangers will all be battling it out for honours, and Scottish football will have a stronger, more competitive top-flight division.

There will be little in the way of finances so I’ll be looking to bring in youthful talent and hopefully spawn a few of our own via the impressive training facilities, great youth facilities and established youth recruitment. One or two experienced heads might be necessary too but youth will be the primary make-up of the squad, with talented youngsters like Jason Cummings and Fraser Fyvie being relied upon.

As I’ve already touched on, Hibernian are a club with good facilities and a reasonably sized stadium in the shape of Easter Road, a 20,421 all-seater arena. This stands us in good stead for my targets: In order to have a successful first season, and hopefully gain promotion, I’ll be relying on this young man to get amongst the goals: 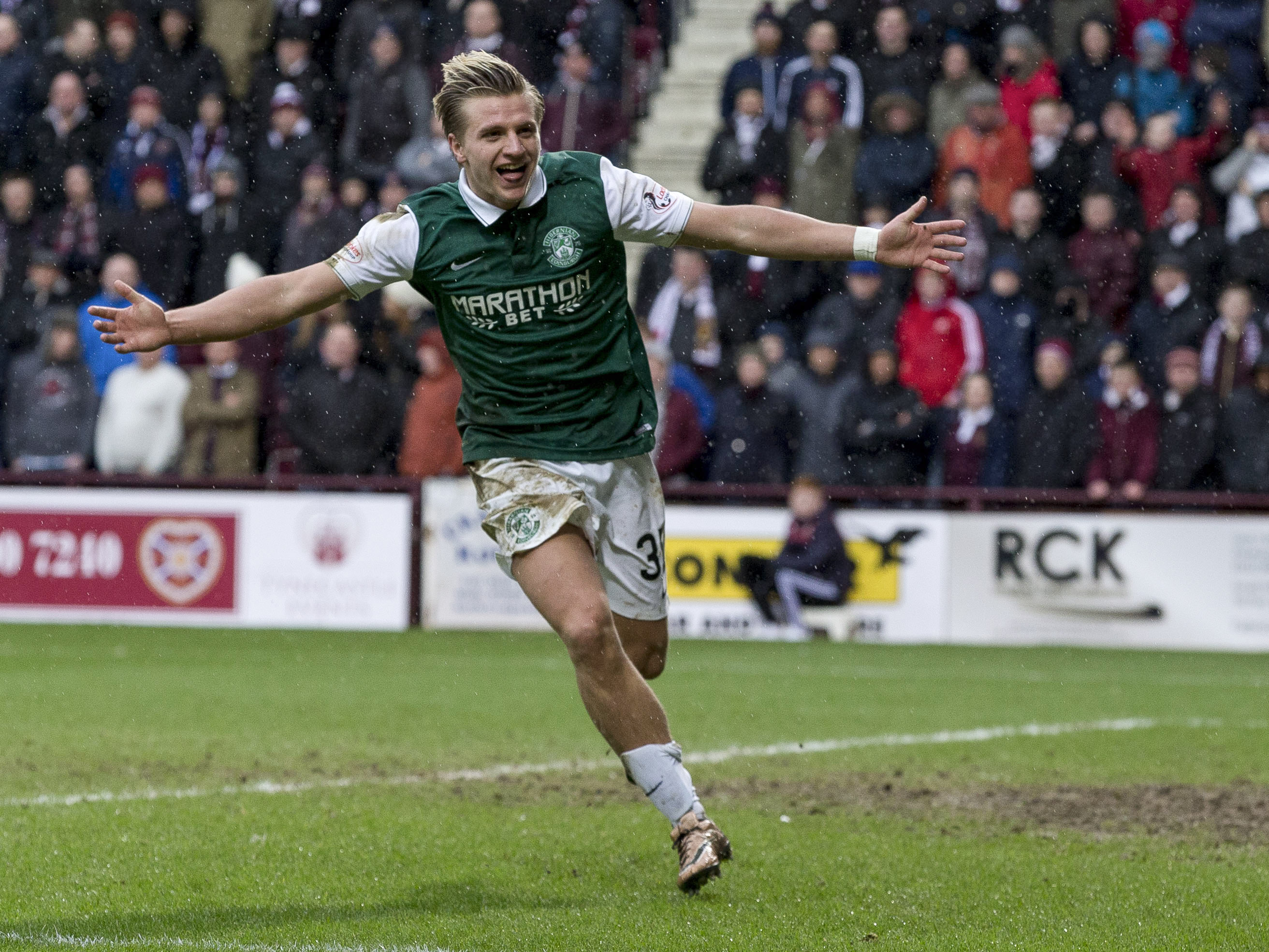